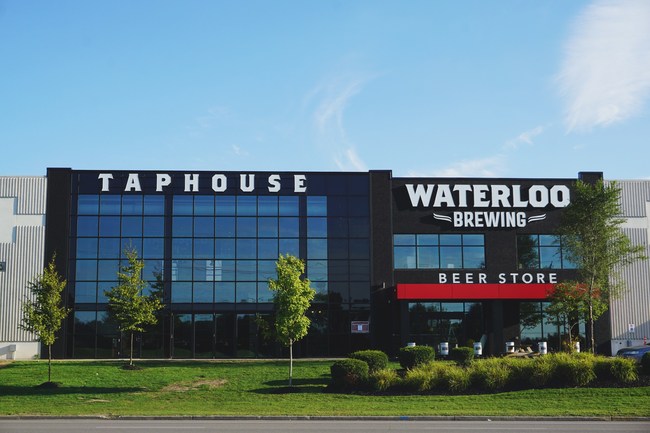 "The Taphouse represents the crown jewel of our hometown brewery and the culmination of a 5-year transformation of our facility from a distribution centre to a "must see craft brewing destination," declared George Croft, President and CEO, Waterloo Brewing. "We are Ontario's first craft brewer and our new Taphouse is an outstanding tribute to that legacy of craft brewing leadership."

"The Taphouse includes the installation of a 2-hectoliter small-batch brewhouse which will allow us to venture into unique and interesting flavour profiles and beer styles that weren't possible until now," said Russell Tabata, COO. "The essence of craft brewing is experimentation and creativity. That commitment to the brewing arts is now visible for all to see. Our commitment to local craft brewing community is further evident in our new scholarship program in support of the Brewmaster program at Niagara College."

"We appreciate the generous show of support for our Brewmaster Program and are grateful to Waterloo Brewery for providing the Scholarships to our third-semester students," said Gary Torraville, Associate Dean, Canadian Food and Wine Institute, Niagara College. "The connection between industry and students is critical and this generous gift will provide potential employment opportunities and financial support to the recipients."

The new Waterloo Brewing Taphouse opens to the public on Friday, September 20th and is located at 400 Bingemans Centre Drive, Kitchener, Ontario.